To identify, reach and engage the local union association membership with messaging that would drive them to action. Namely, to both register to vote via absentee ballot (as the law had changed in Michigan allowing for no-reason absentee voting), and to turn out to vote “Yes” for the enhancement millage during the Democratic Primary. To achieve these ends, we used a mulit-platform approach to prod the membership to share these messages within their sphere of influence via digital canvassing. 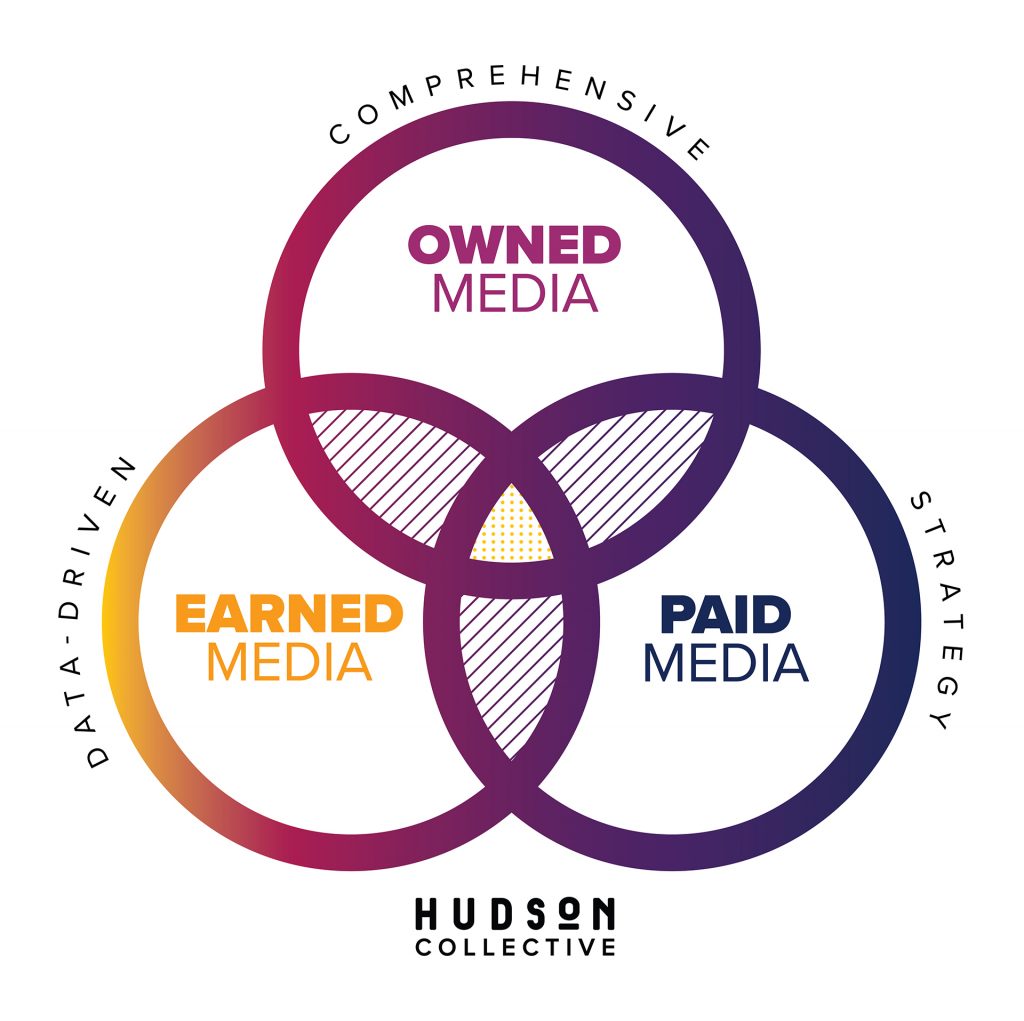 We collected and scrubbed numerous data sets from both local internal sources and national third-parties, and segmented the data to develop advanced profiles of the MEA members in Macomb County. We then overlaid new polling and social media metrics onto those profiles to develop an integrated strategic approach for micro-targeted messaging that would resonate with each archetype. The process then culminated in our disseminating this data-driven messaging on behalf of the MEA through a multi-channel strategy of digital and traditional media to prompt the membership to discuss the millage, register, and vote “Yes” for it..
About Data Driven Strategy

In the earned media channel, we showcased the thought leadership of the local Macomb County EA Presidents to highlight the importance around registering to vote via absentee ballot, and why you should vote YES on the local county enhancement millage. This messaging was highly targeted to the issues and concerns of the MEA membership but still written to resonate with the public at large.

Reaching MEA members through their preferred media platforms through existing owned channels was the key to our data-driven grassroots strategy. Although many of these channels already existed, they required considerable strategy and effort for us to develop, and expand them so as to reach the local MEA membership at scale. This investment was well worth it, however, as it became a direct conduit for communicating with the membership, including sending them earned media that they may not have seen otherwise.

Our collective power comes from our educators having a unified voice and message to take action. Hudson Collective developed and managed unique technology-based digital media strategies around our internal communications that allowed our locals in MEA Local One to scale their advocacy within their memberships and in the community to lobby for the Macomb Regional Enhancement Millage. 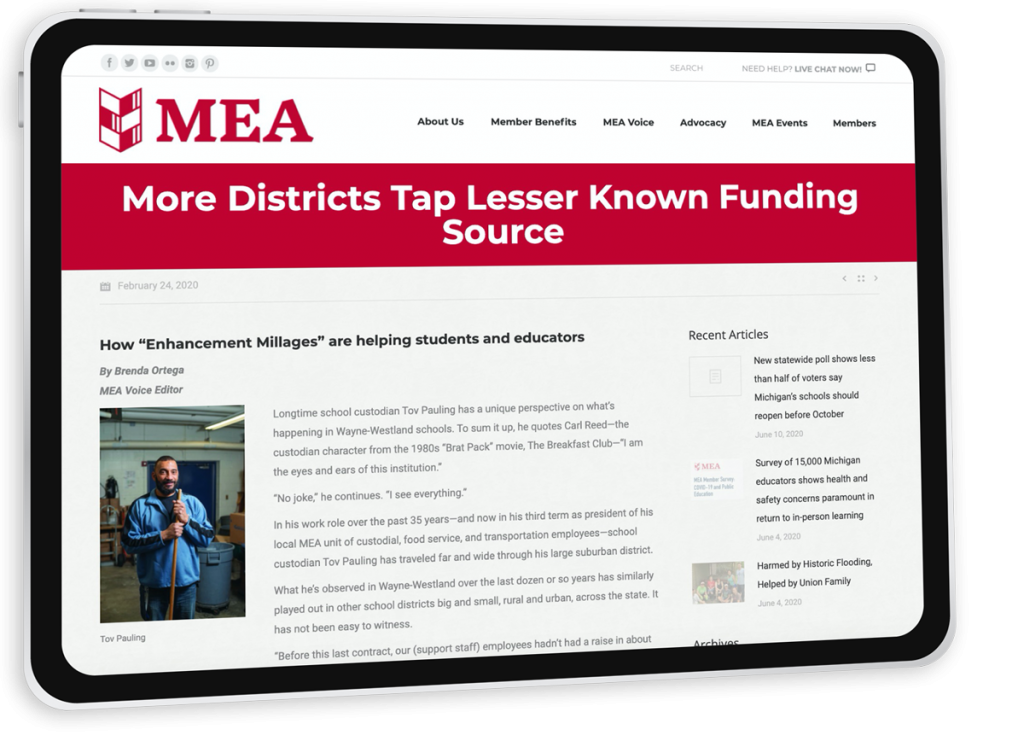 MEA members cared about certain critical issues that we needed to highlight via messaging to secure their votes. Once we had their vote, messaging across the spectrum shifted to empower our advocates to lobby their sphere of influence, addressing MEA members, non-members, and the community at large. Data and advanced audience profiles helped us hone those messages to resonate at a micro-level to a mass audience in Macomb County.

Following on the heels of major wins for local school funding in March, this past Tuesday’s local elections…
Read More

Ask MEA Economist Ruth Beier about her youth, and you might get a wry joke with a deadpan delivery: “I describe my childhood as…
Read More

To leverage the power of digital advertising, we married our data profiles, refined messaging, and content marketing assets together to further increase the awareness and content consumption of the Macomb County MEA membership through paid sponsored content on Facebook and Instagram. We knew through data analysis the percentage of the membership that was consuming MEA’s content organically through the unpaid distribution process. We wanted to test and define a baseline for reach, frequency, and engagement in these channels by evolving the assets we had already created for this channel into a paid sponsored content campaign.
About Social Media 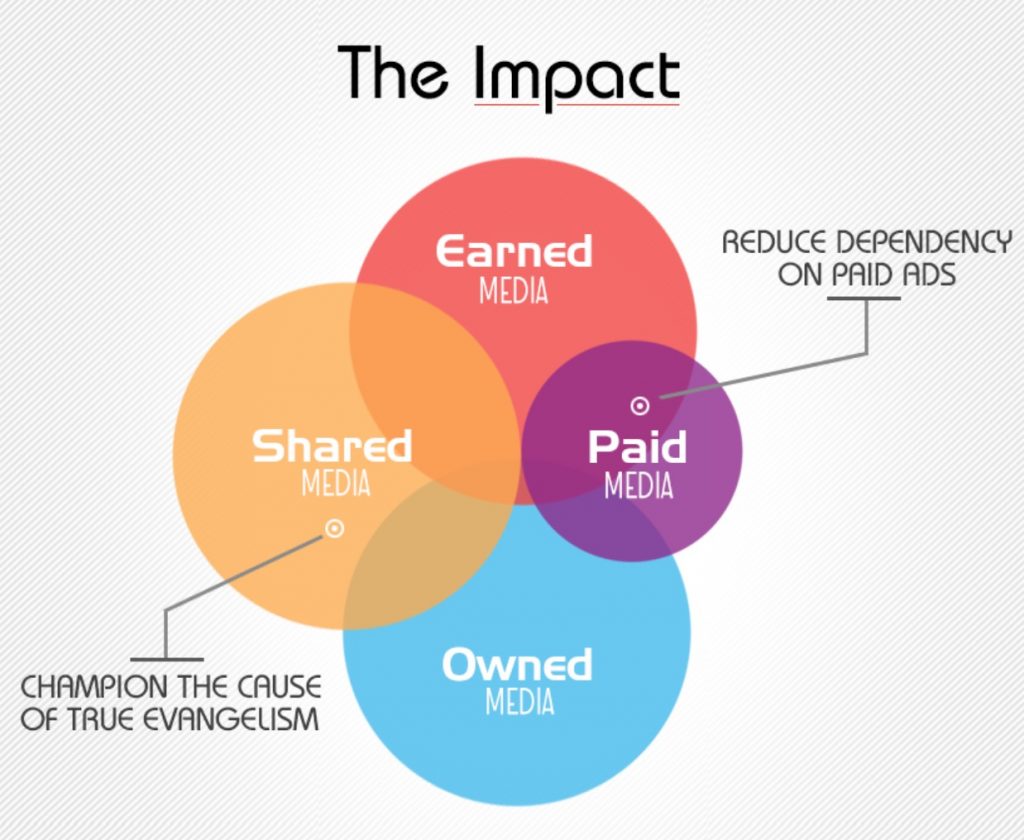 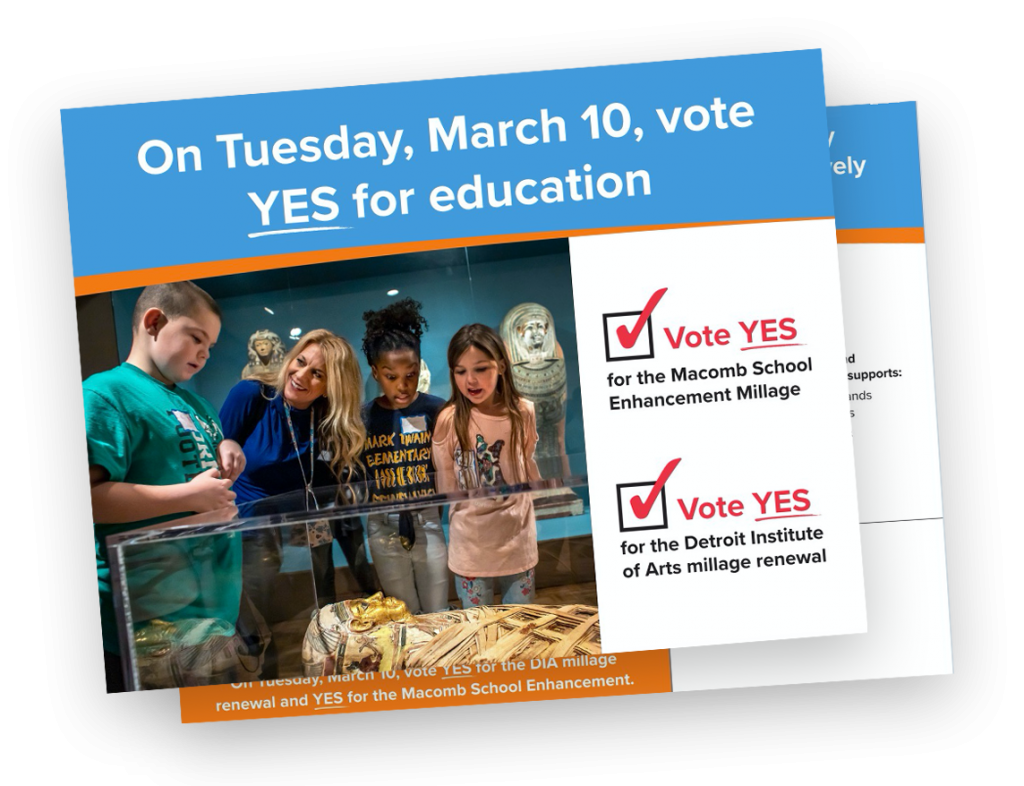 The DIA and the MEA joined forces to showcase a unique message that reinforced the value and support the DIA has for teachers, students, and the community as a whole with the specialized programming they receive if they vote YES.

The power of the union lies in their collective voice. Both sides know that when unions are strong, all workers win. And unions are strongest when they too, are connected and communicating with the loud, clear voices of their members.

By building a digital presence, unions are able to communicate more effectively and efficiently, especially as memberships grow and increase their advocacy, especially during a political or collective bargaining season.

Union news doesn’t always make mainstream news. Or, if it does, it doesn’t always accurately represent a union’s perspective. This makes it difficult to garner public support for labor causes and further political action. Digital tools, however, give unions a louder voice in the media to build support from members, allies and the public at large.

We developed customized social media and digital training for MEA members to educate their community through digital canvassing efforts. 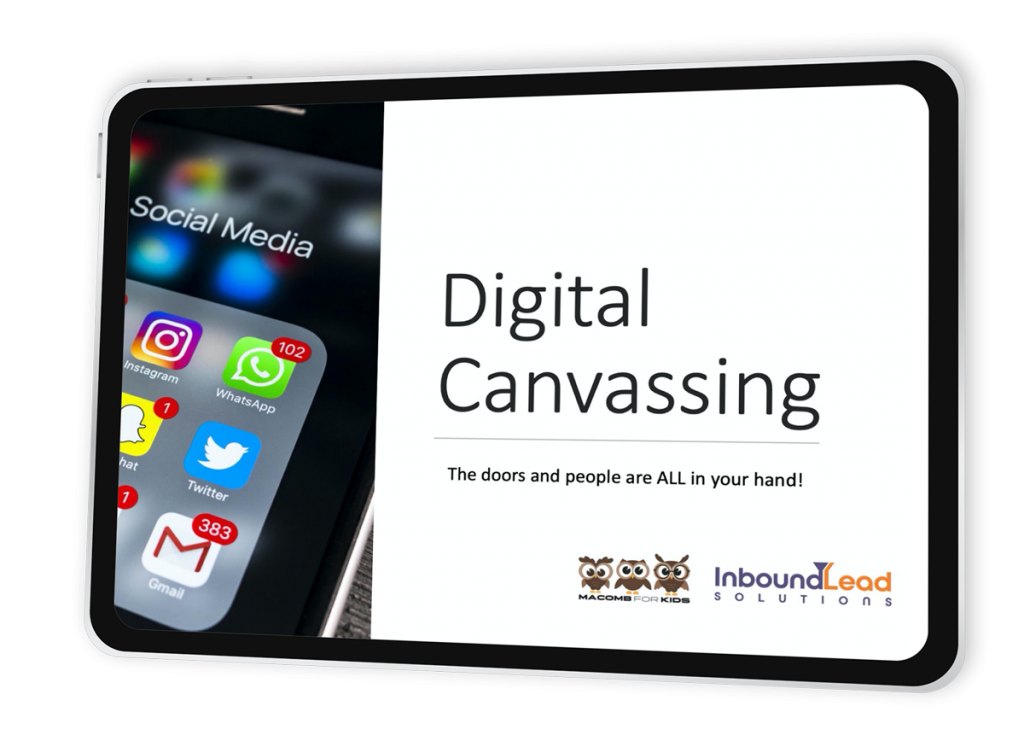 MEA members that took our custom training on digital canvassing and advocacy utilized our playbook to host their own grassroots events with their own sphere of influence. Through specialized mobile and messaging technology, paired with both national voter data and personal data from the participants, members and community members were able to digitally canvass with our personalized messaging to their own personal networks and the Macomb county universe of identified YES votes.
About Remote & Online Events